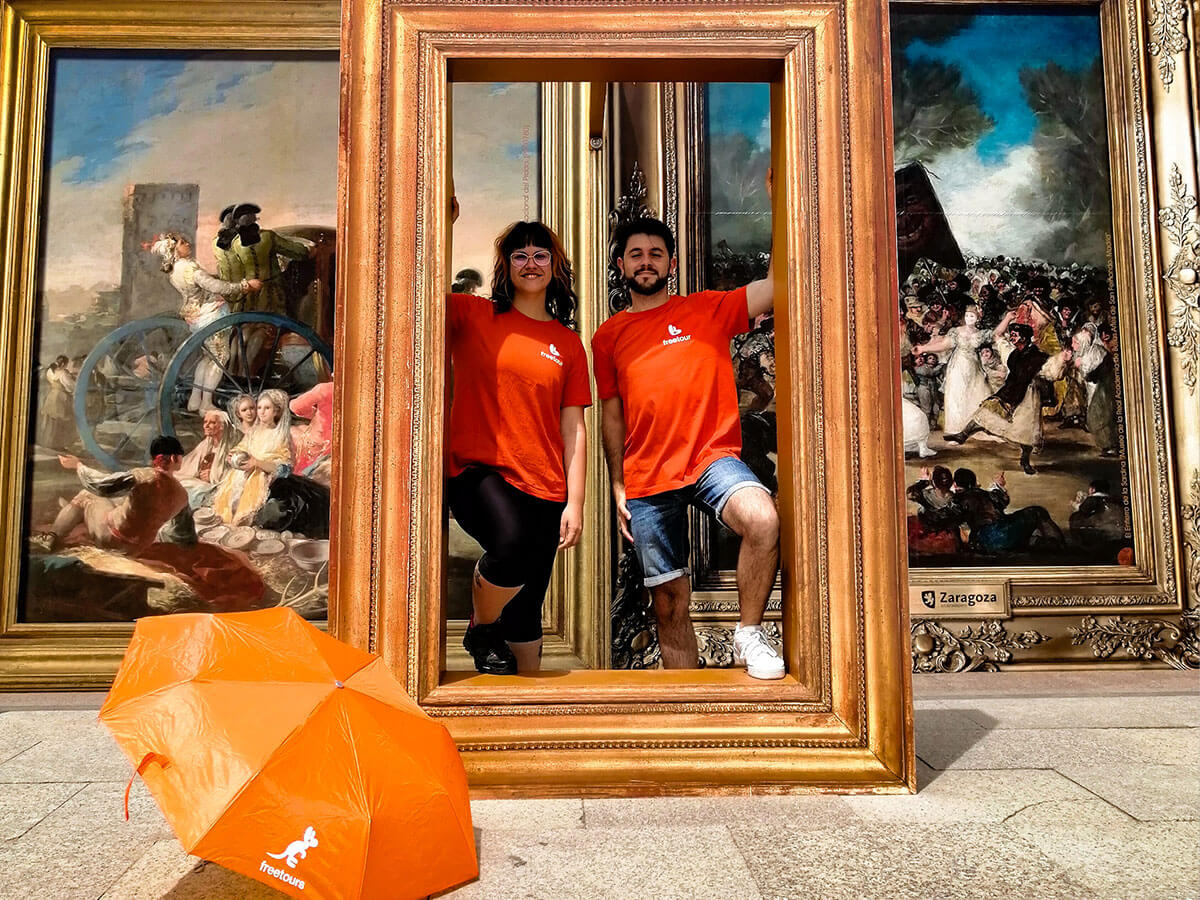 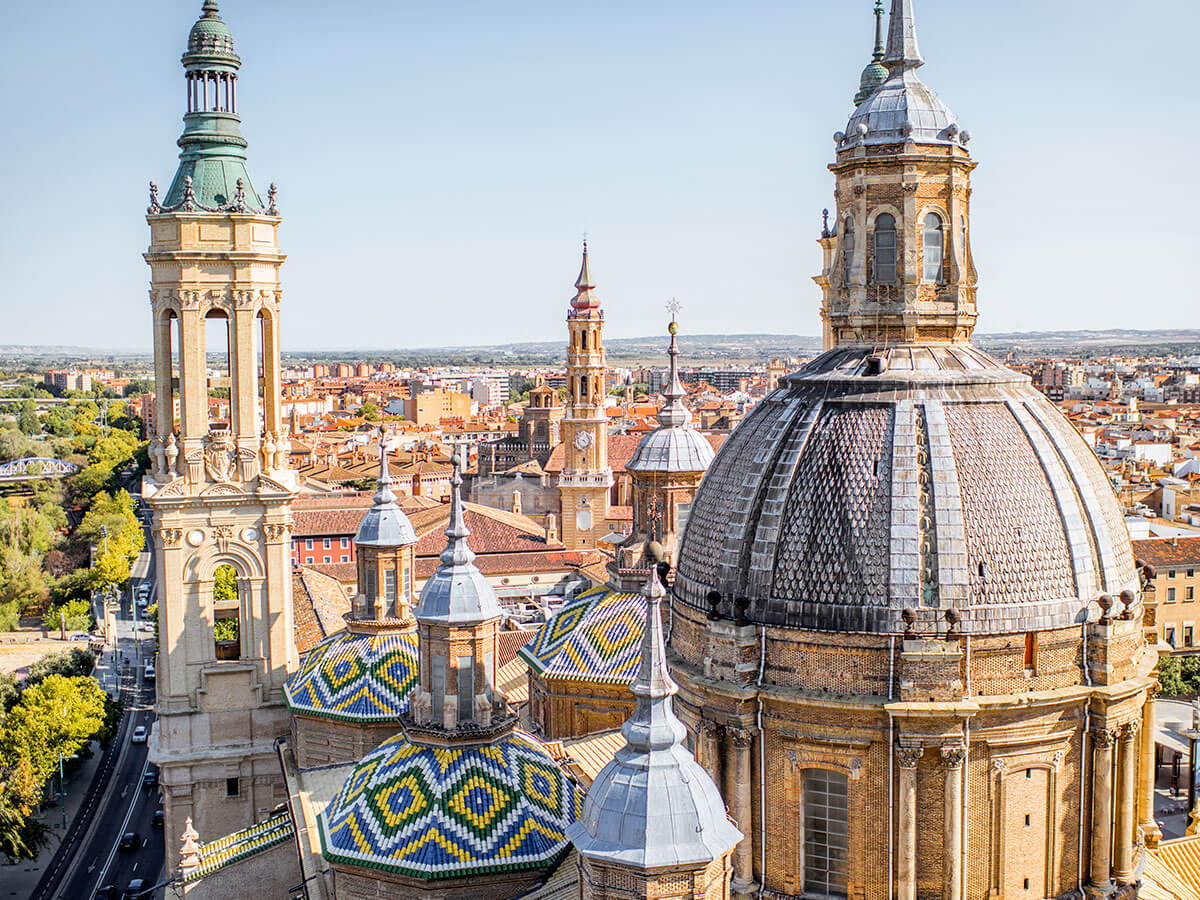 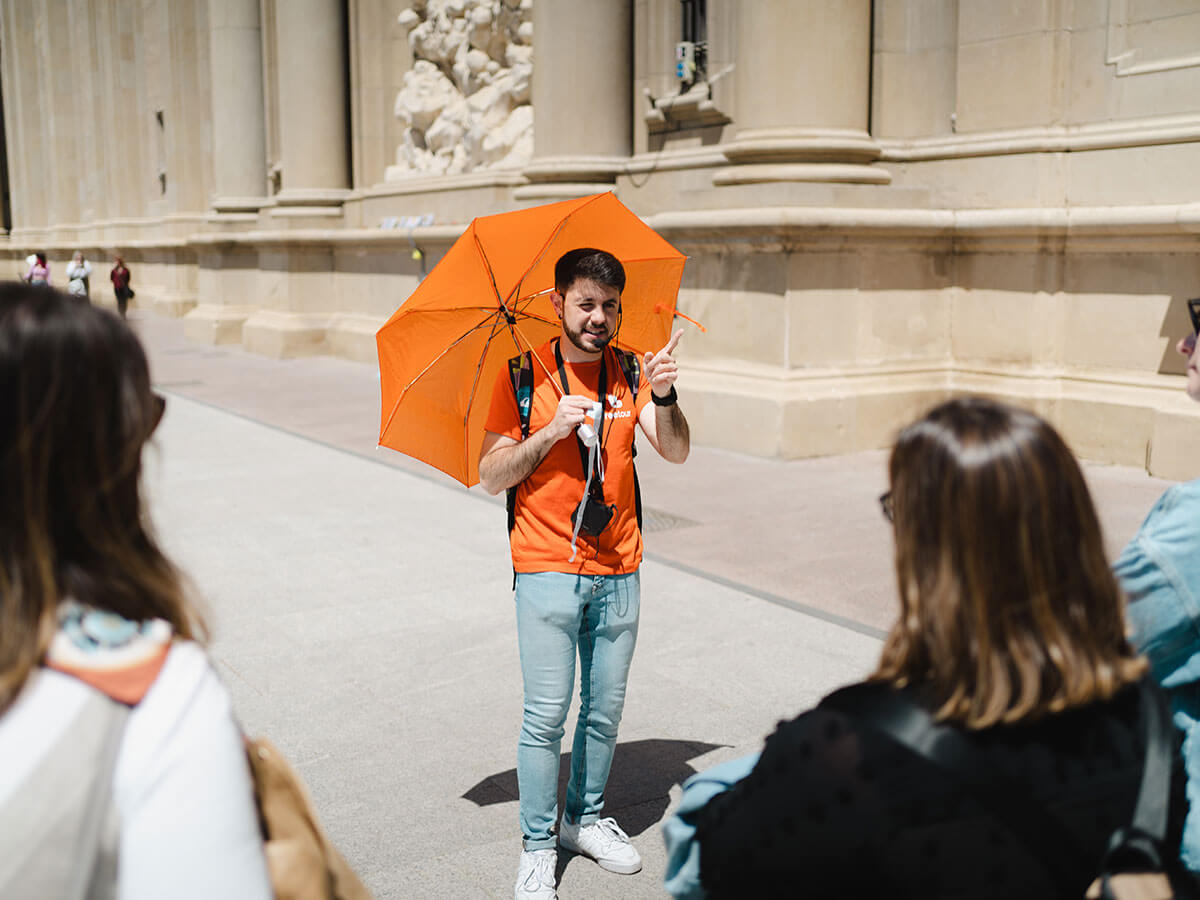 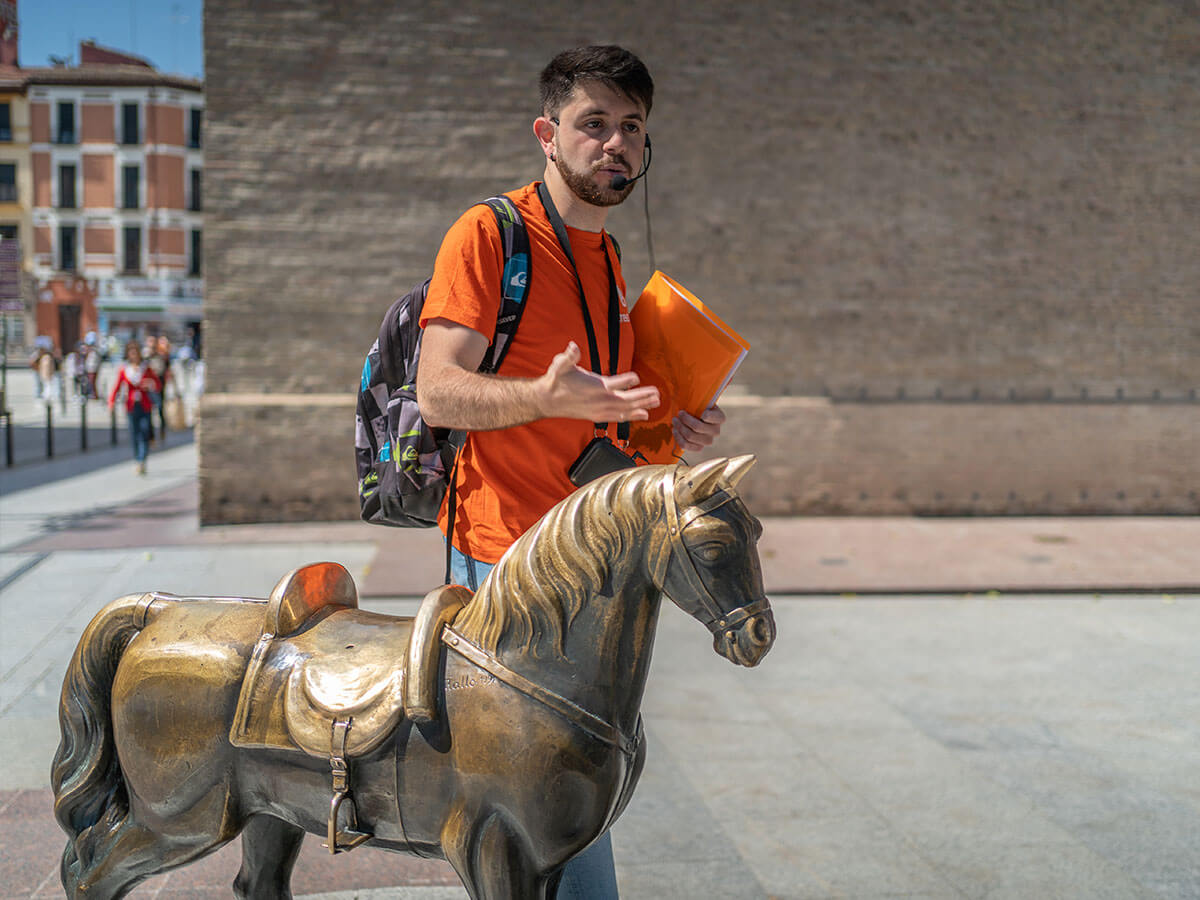 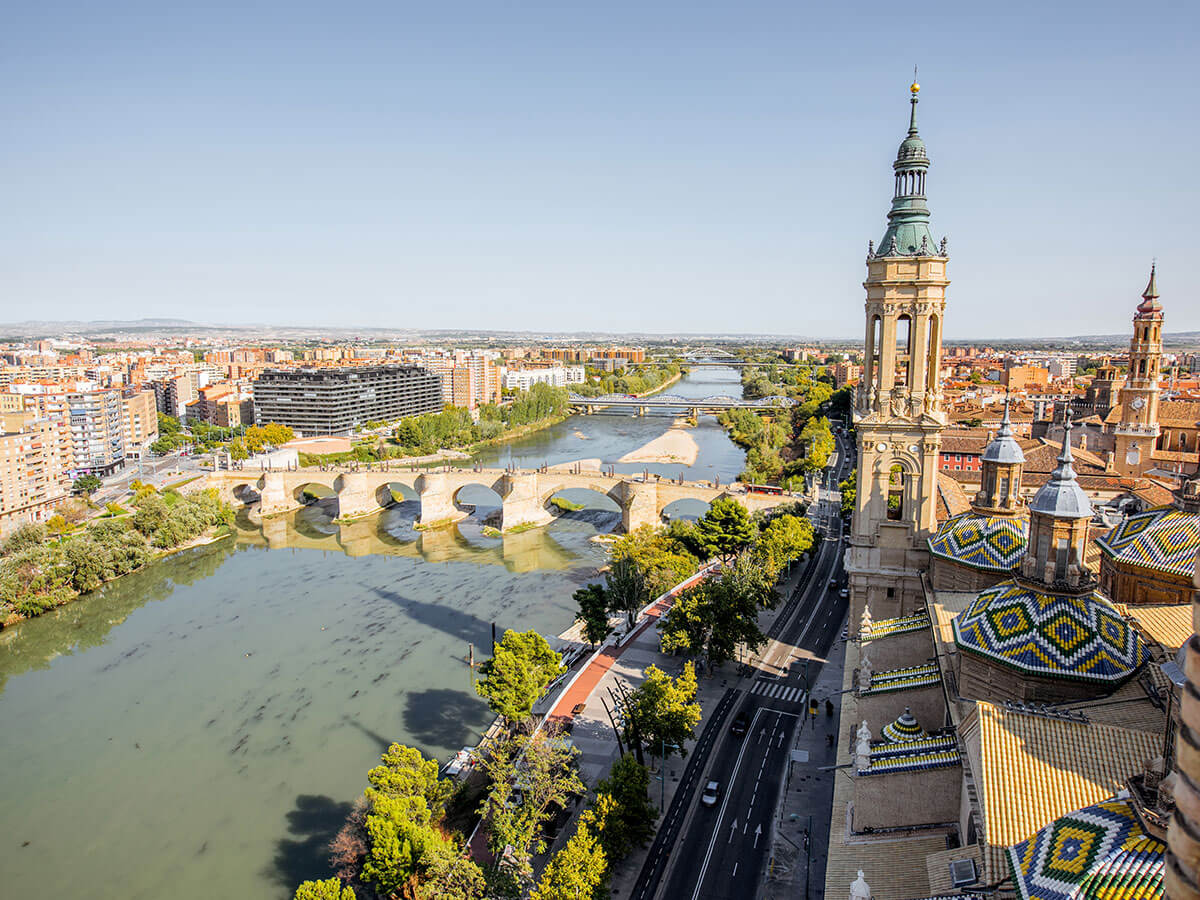 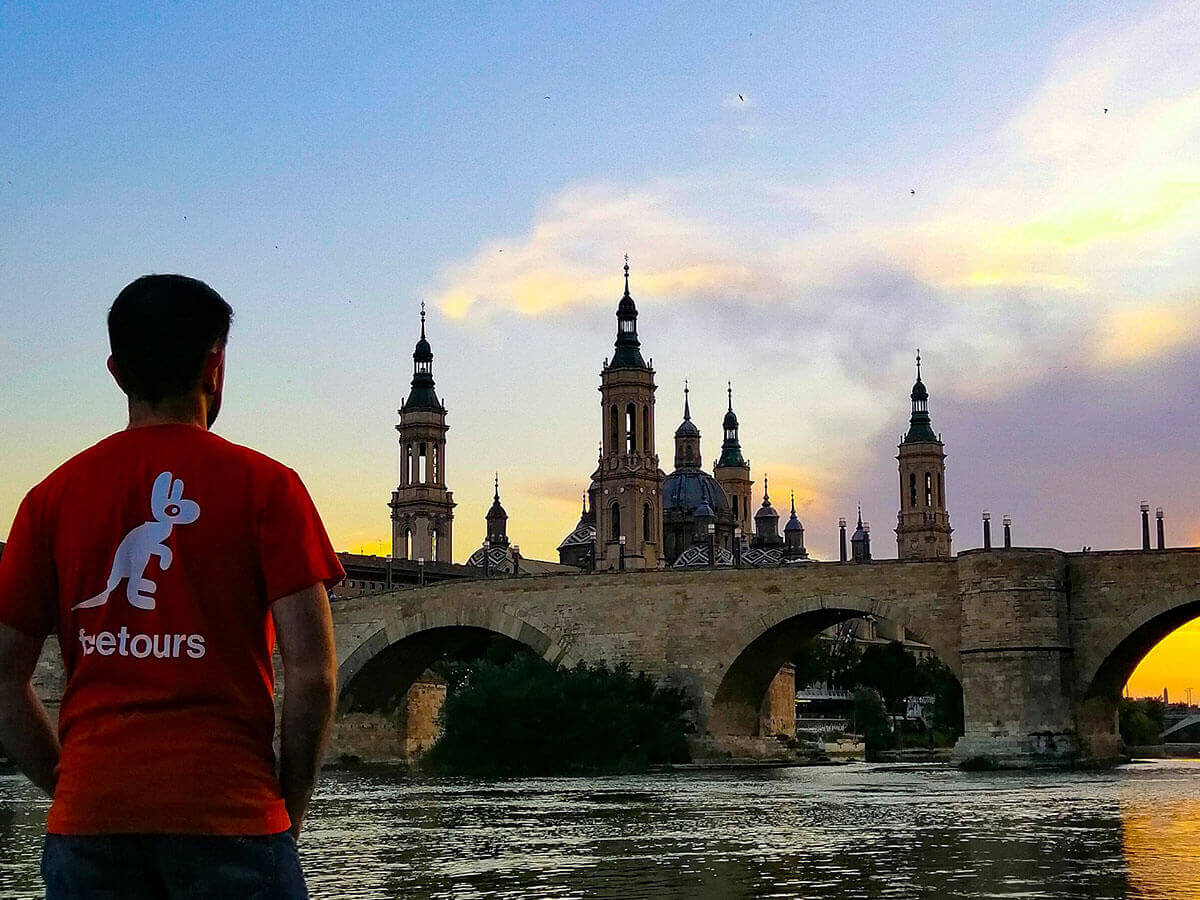 Brief description of the tour

We invite you to a journey back in time through the ancient history of Zaragoza, from Roman Caesaraugusta to the present day. This is not only a free walking tour, but an experience! You will discover the most important features about this city, about its culture, art, gastronomy and many more interesting facts awaits you.

What are we going to see?

We will start our free tour of Zaragoza next to the sculpture of Goya, in Plaza del Pilar. With Goya welcoming us, we will jump through time to talk about the main character of our history which is the Ebro River. From La Lonja, we will go to the Museum of the Roman Forum, located in Plaza de la Seo, where we will find the Roman remains of what was the nerve center of the social, political and economic life of Caesaraugusta.

In this very location, we will find one of the two Cathedrals in Zaragoza, La Seo, also known as the Catedral de San Salvador -declared a World Heritage Site- and the Wall of the Parroquieta.

We will wander through the picturesque narrow streets of the old city and we will find incredible places such as Casa del Deán, whose arch hides a legend that will be unveiled on our tour of myths and legends…

Before we know it, we will arrive at the Roman Theater, an architectural marvel that takes us back to the Roman times.

We will continue sharing interesting stories and even local sayings until we reach El Tubo, the city’s tapas area. We have many recommendations prepared. In addition, to reach the peak of the tour, we will cross Calle Alfonso I and we will enter through the passage of the “Ciclón”, one of the 3 commercial passages that are preserved in Spain that dates back from the 19th century.

From there, we will head towards Plaza del Pilar, but this time in a different part of it. Did you know that it is one of the largest pedestrian Plazas in Europe? On our way we will discover emblematic points such as the Town Hall, the Fountain of Hispanidad and, of course, the impressive Cathedral-Basilica of Nuestra Señora del Pilar. Moreover, we will appreciate the architecture not only from the outside, but also from the inside. From there,  we will learn some interesting stories about the Patron Saint of Spain.

But it doesn’t end here! Many more surprises await us on our way, for example, the Church of San Juan de los Panetes with its characteristic tower, the Roman walls, the monument to Caesar Augustus and the great Central Market.

Zaragoza is nicknamed the City of the four cultures, since throughout history the great civilisations that have occupied the country have inhabited this city. The Torreón de la Zuda is a living testimony that will tell us about the Muslim footprint in the city.

We will finish our free tour of Zaragoza in Plaza de San Felipe, a plaza that hides many secrets. In there we will give you more recommendations that will leave you wanting to discover even more this amazing city.

Plaza del Pilar, next to the sculpture of Goya

How to book?
To reserve the activity, choose the date and complete the form on this page. You will receive your confirmation immediately.
Can I take my pet with me?
The tour is pet-friendly but dogs are not allowed to enter to the Basilica of El Pilar.
How far do you walk on the tour?
3 kilometres, approximately.

Remember to look for the ORANGE umbrella, you'll find us as soon as you arrive at the square!

We recommend you come to the tour with comfortable shoes, water and sun protection.

You decide what you pay based on your enjoyment.

All SpainFreeTours guides are professional and ready to make sure you have the best time in the city.

If you go to another city just look for the orange umbrella. 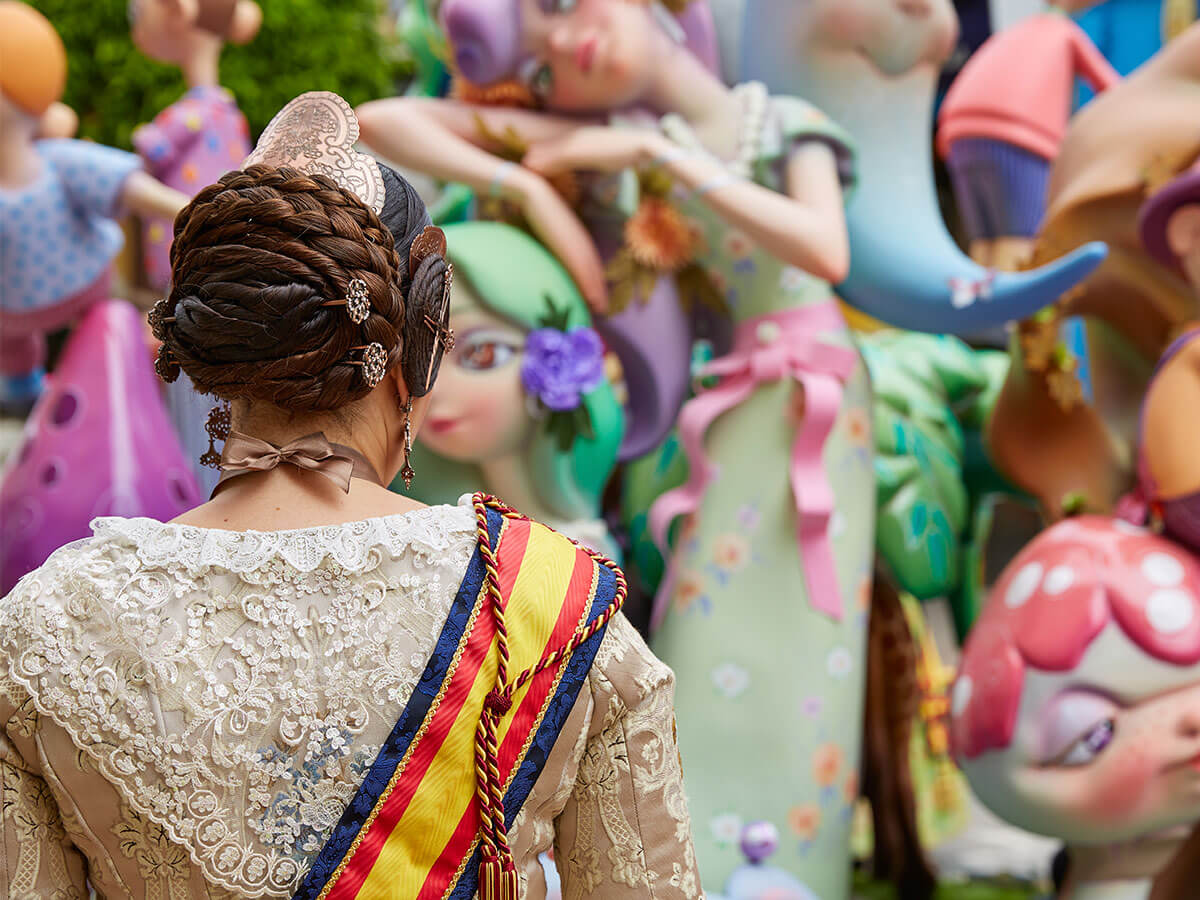 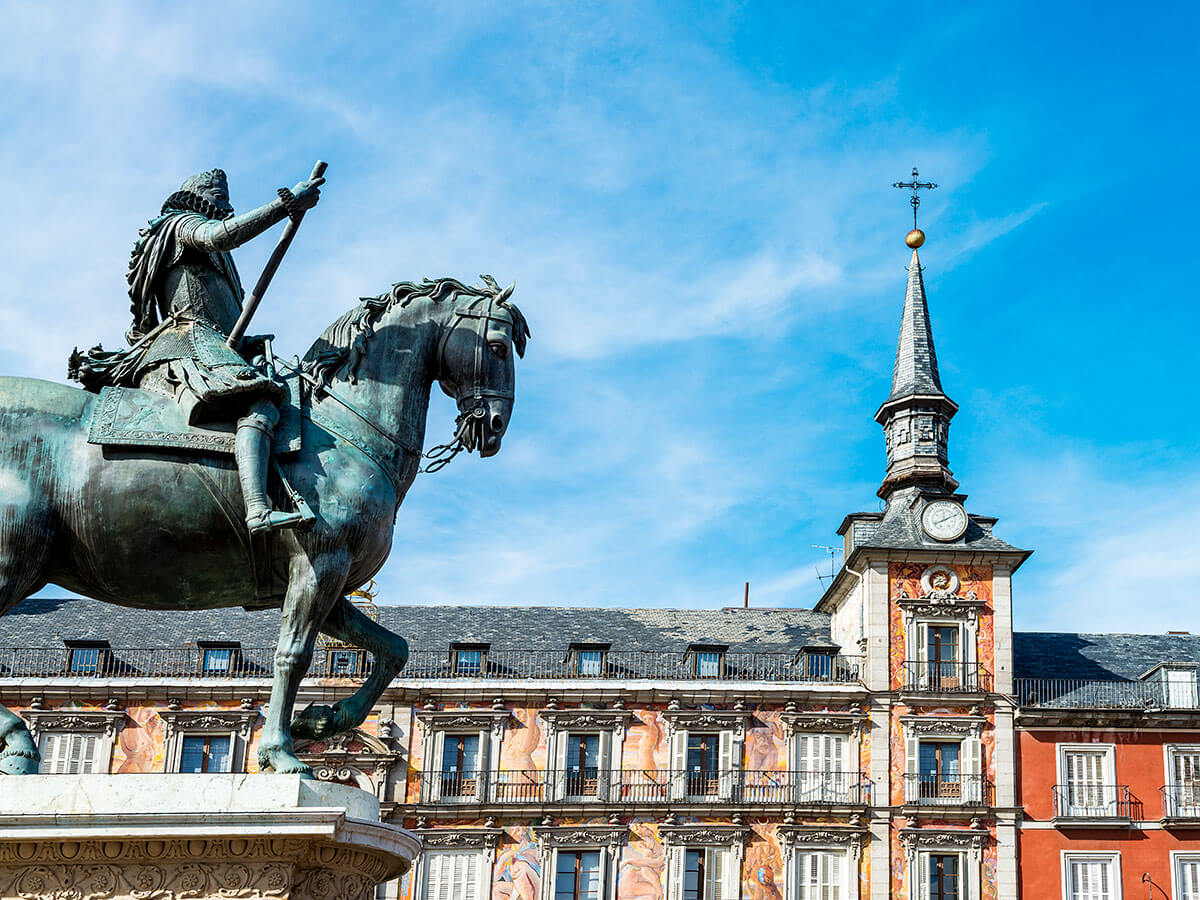 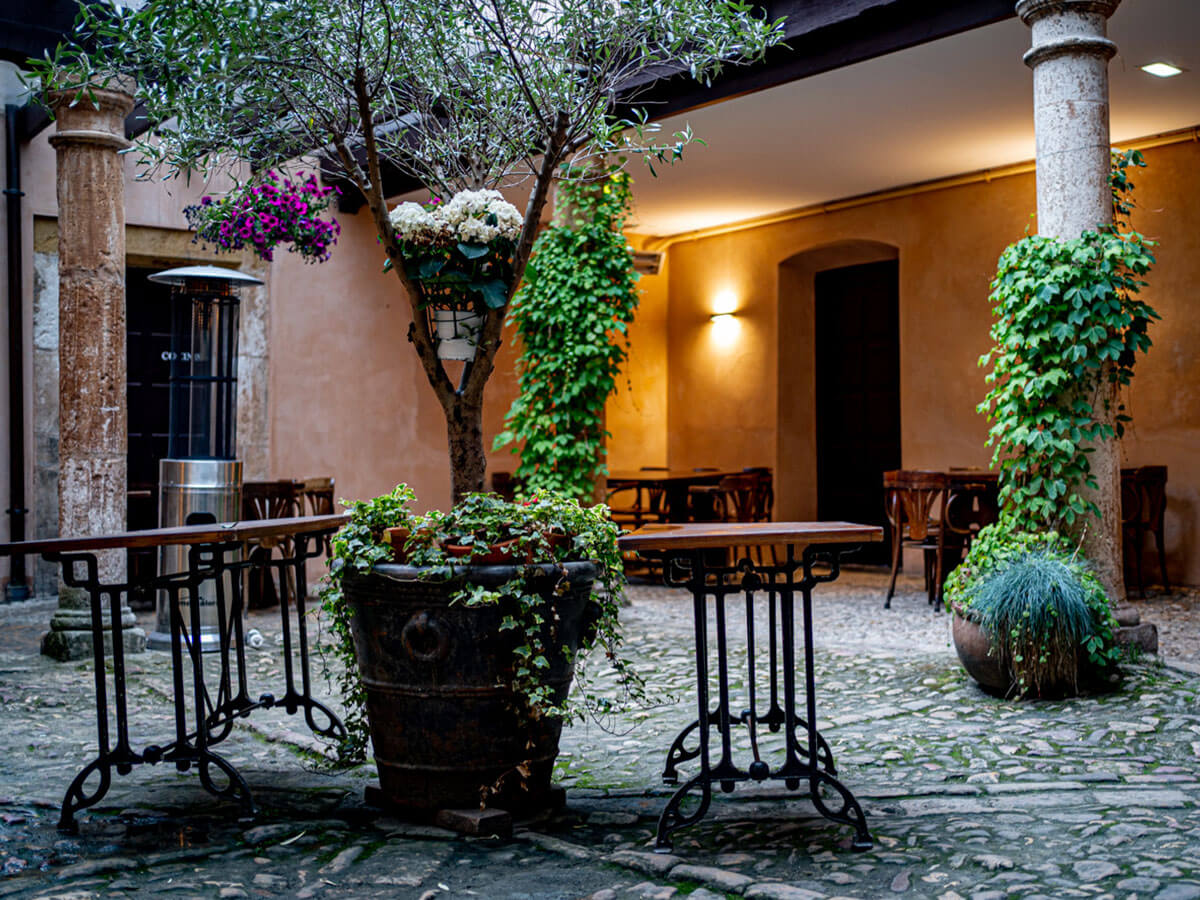